A plane releases chemical dispersant over the Gulf oil spill. Photograph: Reuters
The Obama administration is facing internal dissent from its scientists for approving the use of huge quantities of chemical dispersants to tackle the oil spill in the Gulf of Mexico, the Guardian has learned.

The US Environmental Protection Agency has come under attack in Congress and from independent scientists for allowing BP to spray almost 2m gallons of the dispersant Corexit on to the slick and, even more controversially, into the leak site 5,000ft below the sea. Now it emerges that EPA's own experts have been raising similar concerns within the agency.

Jeff Ruch, the exective director of the whistleblower support group Public Employees for Environmental Responsibility, said he had heard from five scientists and two other officials who had expressed concerns to their superiors about the use of dispersants.

"There was one toxicologist who was very concerned about the underwater application particularly," he said. "The concern was the agency appeared to be flying blind and not consulting its own specialists and even the literature that was available."

Veterans of the Exxon Valdez spill questioned the wisdom of trying to break up the oil in the deep water at the same time as trying to skim it on the surface. Other EPA experts raised alarm about the effect of dispersants on seafood.

Ruch said EPA experts were being excluded from decision-making on the spill. "Other than a few people in the united command, there is no involvement from the rest of the agency," he said. EPA scientists would not go public for fear of retaliation, he added.

Jerrold Nadler, a New York Democrat who introduced a ban on dispersants pending further testing in an oil spill bill passed by the House of Representatives last week, said the EPA had failed in its duty to protect the environment.

Independent scientists also criticised the EPA for claiming that the combination of oil and dispersants posed no greater danger to marine life on its own.

On Wednesday, a toxicologist from Texas Tech University is scheduled to tell a Senate hearing that the unprecedented use of dispersants "created an eco-toxicological experiment".

"The bottom line is that a lot of oil is still at sea dispersed in the water column," said Ron Kendall. "It's a big ecological question as to how this will ultimately unfold." Previous studies, including a 400-page study by the National Academy of Sciences, have warned that the combination of oil and dispersants is more toxic than oil on its own, because the chemicals break down cell walls, making organisms more susceptible to oil.

The EPA issued a report on Monday, based on a study of how much of the mixture was needed to kill a species of shrimp and small fish, just two of the 15,000 types of marine life in the Gulf. The EPA test did not address medium- or long-term effects, or reports last week that dispersants were discovered in the larvae of blue crab, entering the food chain.

"It was only one test and it was very crude. We knew going into this and the EPA knew that this mixture is highly toxic to many, many species. There is a whole weight of literature," said Susan Shaw, the director of the Marine Environmental Research Institute, who has been organising on the issue. "It is not the whole science. It's the convenient science."

Hugh Kaufman, a senior EPA policy analyst, dismissed the tests as little more than a PR stunt. "They are trying to spin this limited piece of information to make it look like dispersants are safe and that the Corexit dispersant is safe."

EPA did not immediately respond to requests for comment. It is under fire from Congress for allowing BP and the coast guard to ignore its order last May to cut the use of dispersants by 75%. Documents released by the Massachusetts Democrat Ed Markey this week show the EPA allowed spraying of dispersants 74 times over a period of 48 days. At times, the EPA gave advance approval for the use of dispersants for up to a week. The documents also showed the EPA allowed BP to spray 36,000 gallons of Corexit in a single day. The controversy surrounding EPA's role in the oil spill marks a turning point for the Obama administration, which came to power vowing to repair the frayed relationship between scientists and government under George Bush and promising a new era of transparency.

Nine leading scientists have written a public letter calling on BP and the Obama administration to release all scientific data related to the spill, including wildlife death. "Just as the unprecedented use of dispersants has served to sweep millions of gallons of oil under the rug, we're concerned the public may not get to see critical scientific data until BP has long since declared its responsibility over," said Bruce Stein of the National Wildlife Federation.

Posted by facingthegulf at 05:10 No comments:

BP has been running 'outreach' sessions which are meant to help 'the small people' understand the oil disaster and the clean-up. But are these sessions, in which NOAA appears to be complicit, science or propaganda.
http://www.houmatoday.com/article/20100923/ARTICLES/100929639


Pro-publica also see a problem with this.

Even as the U.S. Environmental Protection Agency calls for more research into the long-term effects of the chemical dispersants BP used in the Gulf, representatives of BP and the National Oceanic and Atmospheric Administration have reached out to local schools to “dispel myths” about dispersants and subsurface oil, according to recent reports in the Houma Courier and the Tri-Parish Times. (We first noticed the Tri-Parish Times piece via TreeHugger.)

BP and NOAA appear to be doing demonstrations for local schools using a 10-gallon fish tank full of water, some cooking oil, and some dishwashing detergent to simulate the properties of oil and the effects of dispersants.

According to the two reports, Ott had the children try to use eyedroppers to suck up the oil, simulating the inefficiency of skimmers. He had them use paper towels to simulate absorbent booms.

And then he applied dishwashing detergent to the floating oil to break it down — simulating dispersants. Though he acknowledged the dispersed oil doesn’t disappear and could hurt some fish species, Ott told the children that the chemicals were broken down within weeks by microbes, the Courier reported. He also assured the children that Gulf seafood was safe to eat.

We’ve asked both NOAA and BP for comment regarding the demonstrations. A BP spokeswoman told me she was working on putting together a response, but has not yet provided one. We’ve asked specifically what “myths” about dispersants the company was trying to dispel.

In any case, here’s how the company explained the outreach to the Tri-Parish Times:

"The primary purpose [of the demonstration] is to inform and educate students on the methods used to clean up the oil in the Gulf and the wetlands and marshes," Janella Newsome, BP media liaison said in a press release. "It's also to dispel myths about dispersants, subsurface oil and seafood safety." According to BP representatives, it won't be the last demonstration. "This is the first session of many going on," Charles Gaiennie, a BP representative said at Oaklawn's library last week. "We are starting here in Terrebonne Parish with eighth grade because they are the first of school age kids that have a defined science class. We wanted to reach out to schools that are near communities that have been directly impacted by the oil spill, so Terrebonne was a good choice. There's a lot of information that's out there isn't current or accurate."

During one demonstration, reported the Tri-Parish Times, a BP representative asked the students questions about the oil spill. Students who answered correctly received a BP hat or pen as a prize.

Posted by facingthegulf at 04:49 No comments:

Posted by facingthegulf at 03:24 No comments:

DIXON: What If BP Were A Human Being? | Move to Amend

DIXON: What If BP Were A Human Being? | Move to Amend
Posted by facingthegulf at 03:10 No comments:

Guest Post: Reappearance of Huge Plumes of Oil is Making It Hard to Pretend that the Problem Has Disappeared
Posted By George Washington On October 28, 2010 (12:35 am) In Guest Post
→ Washington’s Blog
There is a flood of information coming out on the Gulf oil spill.
Why?
The reappearance of huge plumes of oil is making it hard to pretend that it has all gone away.
Here’s a roundup of some of the Gulf oil headlines from just the last 4 days:
And Frontline and ProPublica released a new documentary called The Spill which says:
But as Greg Palast notes, The Spill is a whitewash sponsored by Chevron, rehashing information which Palast and others reported on years ago, and falsely implying that other oil companies have stellar safety records.
More on this topic (What's this?)
This Oil Driller is on Steroids: From Zero to $1.3 Billion in Four Years (Investment U, 10/11/10)
Best Oil Dividend Stocks (Learn Mining News, 9/10/10)
Weekly Oil Roundup: Crude Prices Sag (Hard Assets Investor, 10/27/10)
Read more on Oil, Gulf Oil at Wikinvest
Article taken from naked capitalism - http://www.nakedcapitalism.com
URL to article: http://www.nakedcapitalism.com/2010/10/guest-post-reappearance-of-huge-plumes-of-oil-is-making-it-hard-to-pretend-that-the-problem-has-disappeared.html
Posted by facingthegulf at 14:09 No comments:

Miles of OIl Reported in Waters Open to Fishing

Go to Truthout to see this story.
http://www.truth-out.org/fishermen-report-louisiana-bays-filled-with-oil64564
Posted by facingthegulf at 05:59 No comments:


BP Facing the Gulf Portraits in Oil is a community arts project documenting the experience of empowering Gulf Coast residents to paint portraits of the Gulf Coast to enter into the BP Portrait Award.

Working with local artists, art schools and galleries we'll be  running portrait painting ateliers in the most disadvantaged communities on the Gulf Coast.


Follow the story of the workshops and the paintings from endangered Gulf Coast communities to the UK National Portrait Gallery where the annual BP Portrait Award is held.
Posted by facingthegulf at 02:34 No comments: 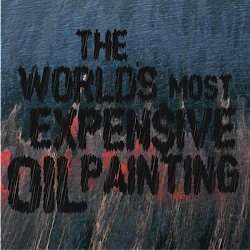